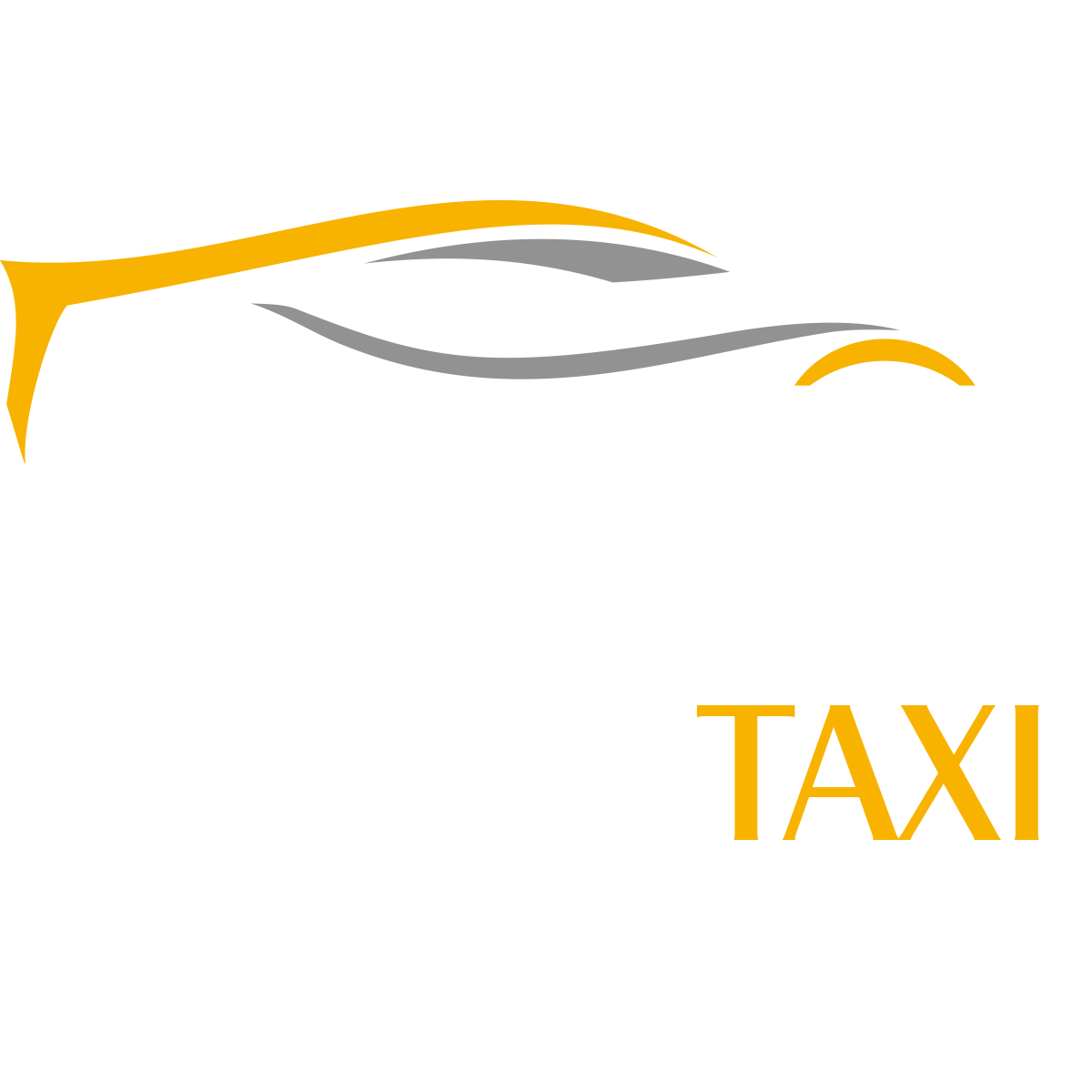 See yourself in one of the most famous attractions of the Country; Namma Mysuru. On the flip side, get yourself the most authentic and comfort filled taxi services in Mysore to travel to other cities from there. Take the best Cab Services in Mysore, and don’t miss out on seeing any spot.

What is a better way to spend a day in India’s most famous architectural city? Yes, there is no other way than to spend it sightseeing. Mysore is waiting for you to see the best of her, and Mysore Travel Taxi is here to walk you through the process of it.

You can take a tour of the city with us, and do not regret every bit of it. Do not mistake the beauty of Mysore being restricted to only palaces and majestic buildings. You most probably should get the best of Brindavan gardens, The Mysore Zoo, Chamundi Hills, Karanji Lake, and much more that I have not said here.

Why you Need More than Just a Glimpse of Mysore?

You need to see Mysore and experience the joy it could bring to your soul, and don’t you want to see what has made Mysore a tourist magnet in South India. Apart from the fact that the city was declared the second cleanest city in India, it has a lot more attributes that can blow your mind.

See the best of Mysore and visit places within the city such as, Mysore Palace; the second most visited architectural building

What Makes Mysore So Famous?

Let us Note Back to the History of this Great City!

Mysore is known for one of the grandest buildings in the country. Most landmarks that are known for the architecture and culture mostly go back to being centuries old, but it is not the same when it comes to the Mysore Palace. The Mysore Palace was rather built in the 20th century. It is also known as the Amba Vilas Palace. The palace used to house the Wodeyar Dynasty. This magnificent palace was built in the 14th century. This palace is referred to as the Gothic building, and it is the perfect example Indo-Saracenic architecture.

What to See at the Mysore Palace…?

You can spot this palace from afar and four cardinal points to approach it from. Four arched gates give way to a large garden area that surrounds the entire palace. The main building of the palace is three-storied, which is made of pink and marble domes.

Stepping into this palace feels like a glamorous movie with various delicate carvings and an abundance of gold. The Durbar Hall, the Ambavilasa, the royal howdah, the Kalyana mandapa, and the portrait gallery can blow your mind.

It is a construction that every monumental traveler wants to visit. The best suggestion to a person who wants to visit this magnificent palace would be to see it on Sundays and public holidays, do you know why? It is because it is lit with 97,000 lights at those moments.

The palace’s elements are sometimes that can pleasure the eyes and soothe the soul. But the best way to visit the palace is to take a guided tour. By that, you would not miss out on anything, even the minor details, like architectural and historic details.

What are some of the other places that will keep you on your toes in Mysore:

If you want to feel and explore classic royal architecture, get your cab to Mysore now. Or the other way around, thinking about a flyover from Bangalore to make a short trip? Mysore Travel Taxi to bridge the gap with a one-way taxi from Mysore to Bangalore airport or a one-way taxi from Bangalore airport. Planning your next out-of-station plan? With Mysore Travel Taxi you can get to the Best of Travelling around Karnataka or take intense trips to different cities of south India.

Make your vacation one filled with joy and enjoyable moments without the worry of traveling in a city you are new to. Visit the best of the best in the city without having to wonder or wander.

Whether you are new to the city or have been living here for years, there is still a lot more to see, or a lot me to see for the second time. There are most probably a lot of things one does keep in mind while choosing a cab service to travel the city and see the best of it, that is not a hard task anymore, Mysore Travel Taxi has a solution to all of your requirements, with the best in town chauffeurs, and vehicles.

To ease the hassle off of you, our chauffeurs are highly experienced and trained to get you to the destination you would like to see in a short span of time, through the best routes so you can make the most of it.

10 THINGS TO DO IN MYSORE FOR A GREAT EXPERIENCE!

1. Admire the Grandeur at the Mysore Palace

The temple situated at the top of the Chamundi Hills, known as the Sri Chamundeshwari Temple, is another marvelous gem in Mysore’s majestic crowd. If you drop into the city, do not forget to visit this place, it does not mean you need to be religious at heart. The way the temple is built is impeccable, which shows fierce forms of Goddess Durga. 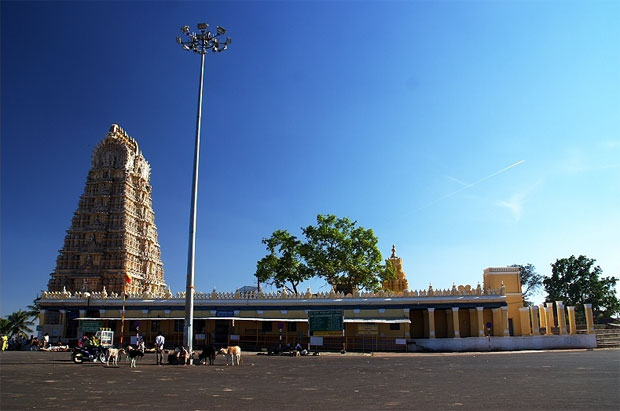 3. Take a Stroll in the Brindavan Gardens 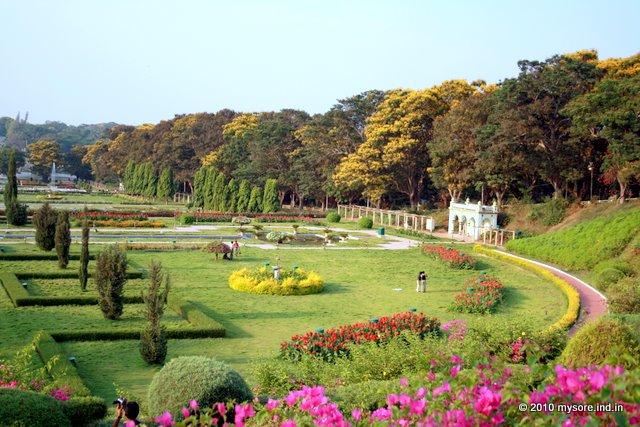 Do not let the evenings in Mysore slip by the Brindavan Gardens should be your top concern at all times to make your sun downs pleasant. It is an ideal place for families with children, friends, and couples. It is a celebrated tourist attraction in Mysore city. Take long walks that may never tire you among the gorgeous flora, and along with a chance to admire the fountains shows or take the boating rides nearby.

You might have known Mysore for sandalwood and sweets, but if there is anything more, it is the Government Silk Weaving Factory. While shopaholics may find a lot of stores to visit this place is the best site to buy a large variety of silk sarees at reasonable ad affordable prices. 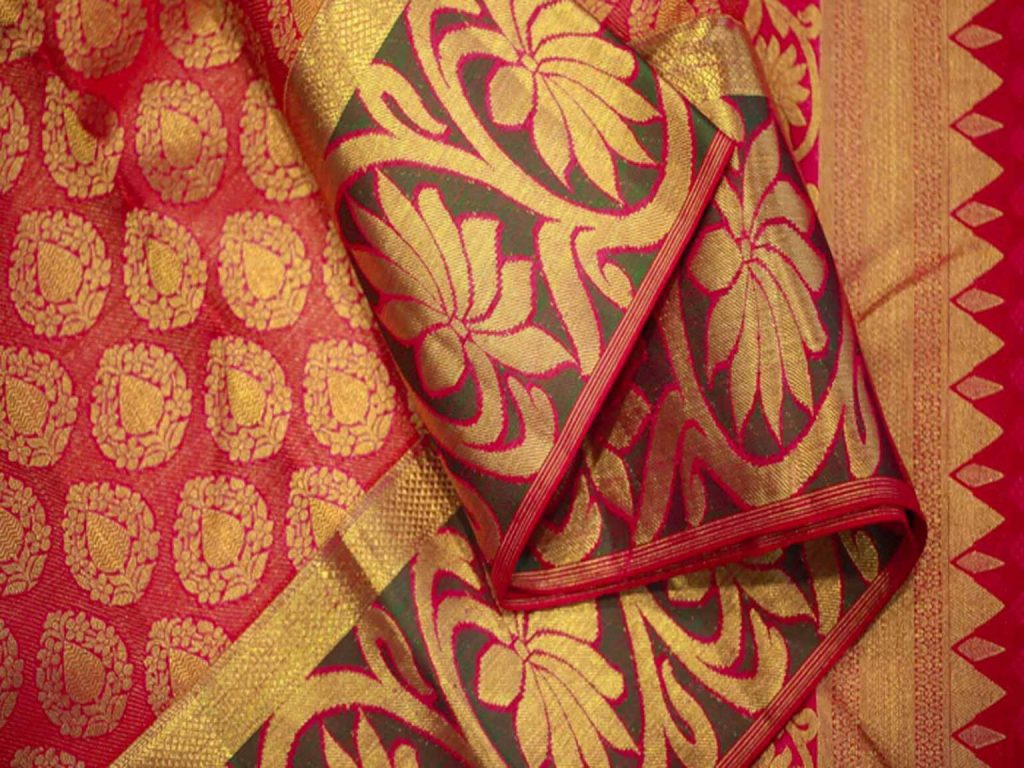 5. Visit the Different Palaces of Mysore 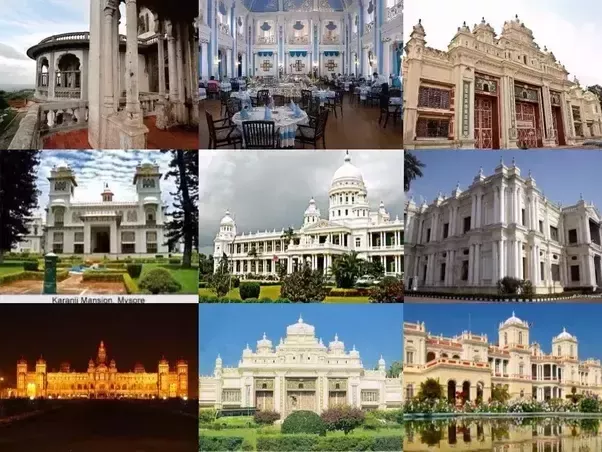 If you are here for more than a day, you might want to treat your eyes and take a look at the multiple palaces around you. Though there are hotels that give out royal stays, it is nothing like living in the palace.

6. Spot Wildlife in the Mysore Zoo

Spot bears, jaguars, lions, and tigers at the renowned Mysore Zoo. Are you a wildlife enthusiast? It is the best place for you to spend your day in Mysore. Explore wildlife like never before to the fullest and always seeing some of the most mind-blowing animals’ nature has kept in store for the world. 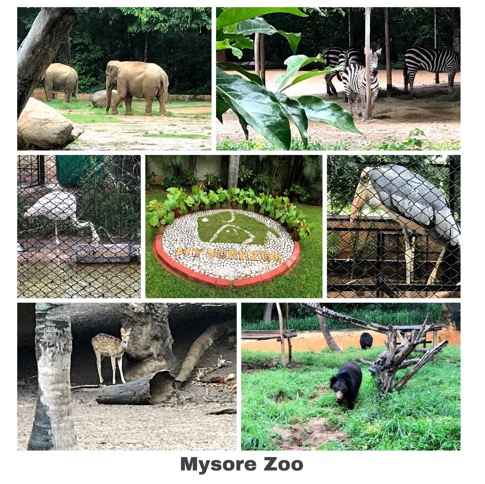 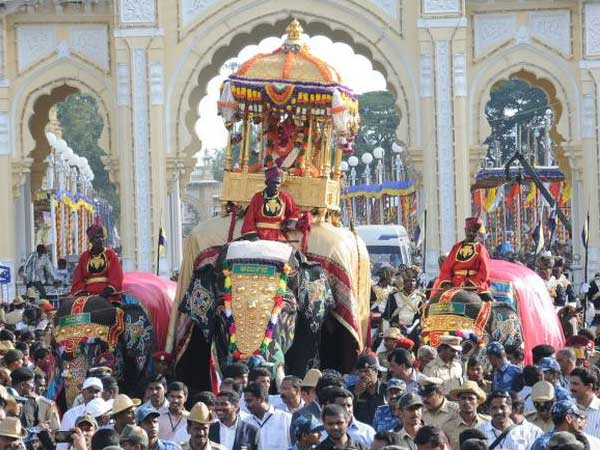 When you hear Dasara, there is nothing you can hear other than Mysore. Well, now that you have heard so much about how Mysore defined Dasara, why not take the festival to the next level while experiencing it live. The Mysore Palace is gorgeously lit up, and there are innumerable fairs and parades around the city for the people to make the best of the festive season. The festival brings the city to life. You might want to experience this at least once in your lifetime.

St. Philomena Cathedral that was built in 1956 is one of the major attractions of the city. Along with being one of the largest churches in the country. The cathedral looks most beautiful in the evenings, making it the ultimate haven for tourists. Do you want to miss out on the hustle ad bustle for a while? Here is where you might want to spend your evenings. 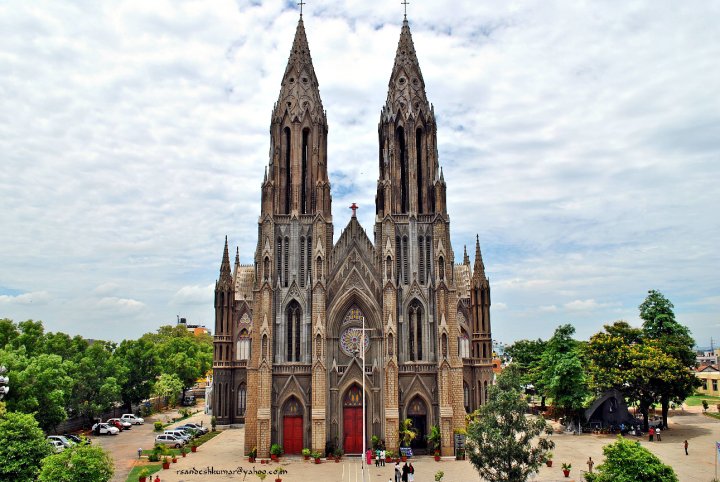 9. Soak in the Peace in Karanji Lake 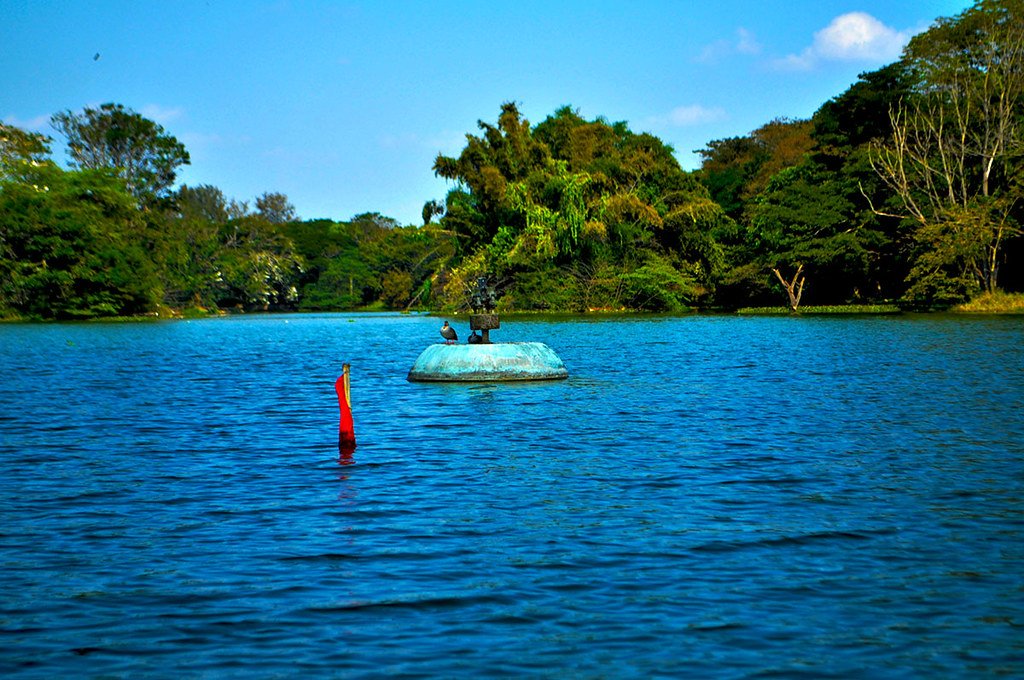 Karanji Lake which is located right next to the Mysore Zoo is where you have to be to have the cool wind in your hair with the birds chirping all around you. Admire the scenic beauty while taking the boat ride into a calm, peaceful, and collected lake. Experience the complete pursuit of peace leisurely with a stroll and bark in the rejuvenating serenity.

It is only the second of this kind in the country, the railway museum, and it is a place worthwhile. Are you a vintage lover, or would love a fun toy train ride? Then the railway museum it is. Everything in the Railway Museum will surely add more joy to your holiday experience in the city. 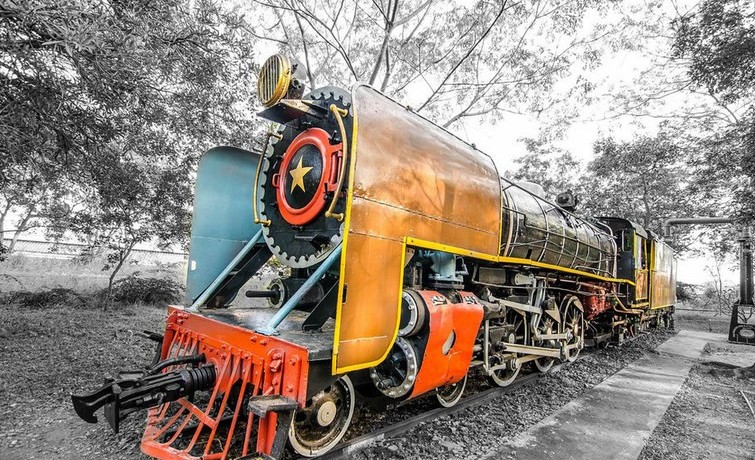 Still, want to miss out on an opportunity to miss out on visiting the grand Mysore city? Grab on to any option even close to visiting a city that can make up to an unforgettable vacation of a lifetime. 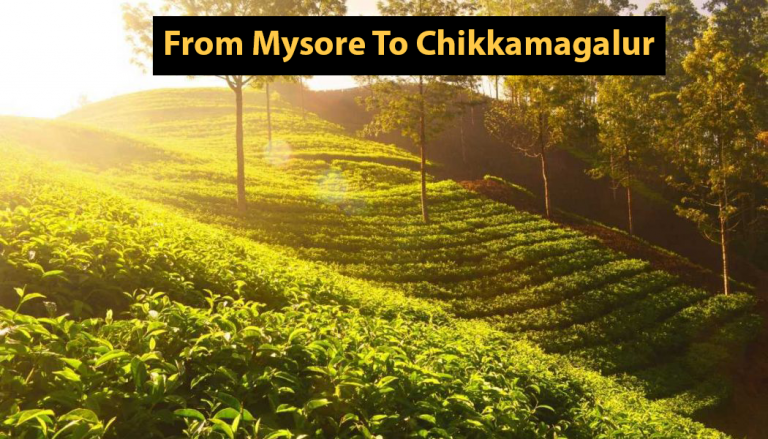 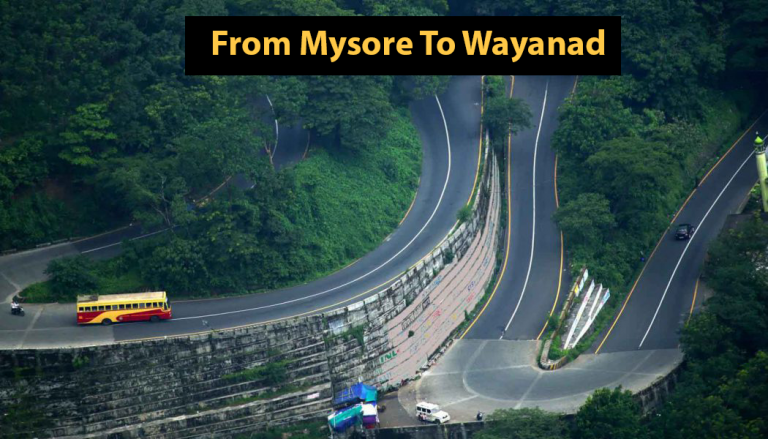 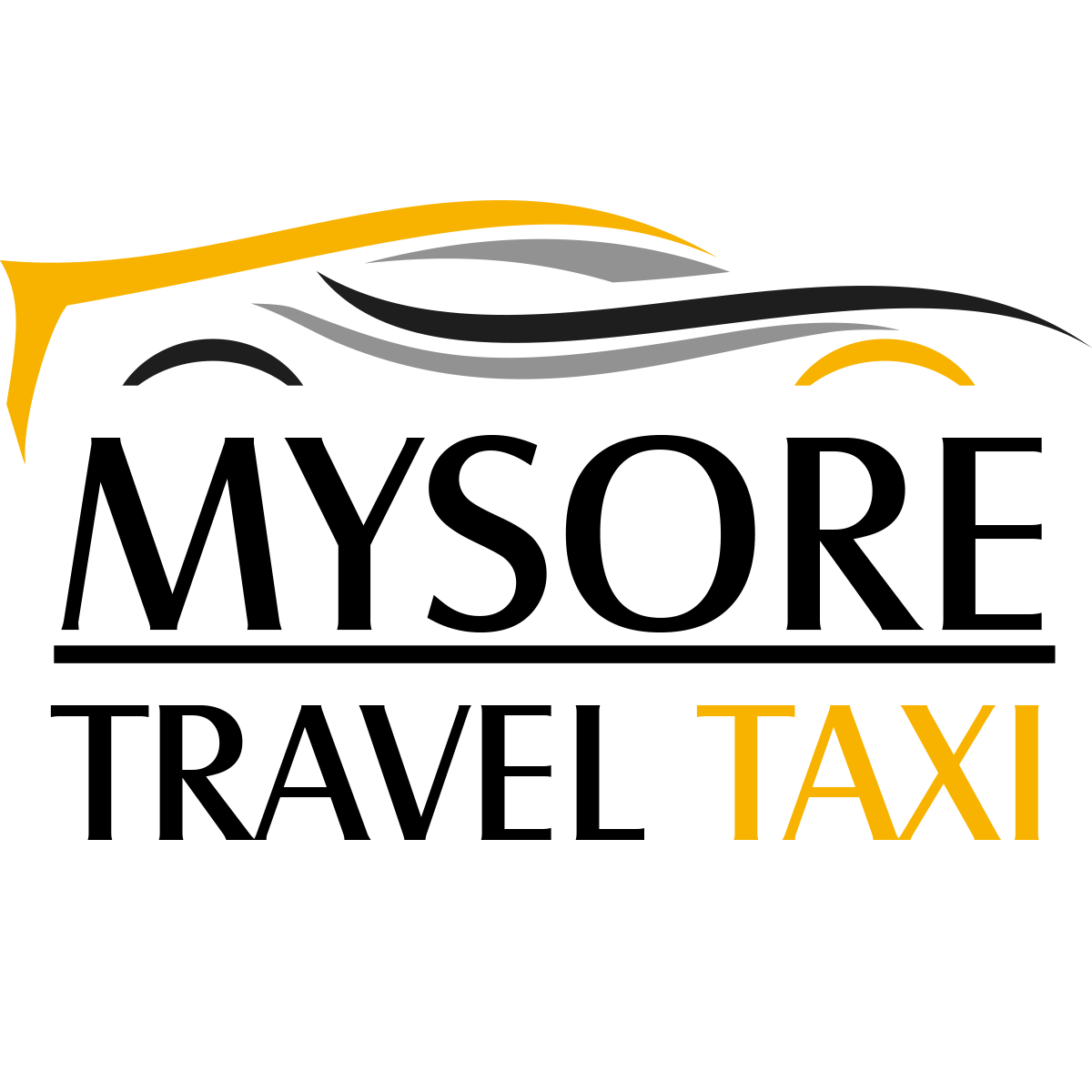